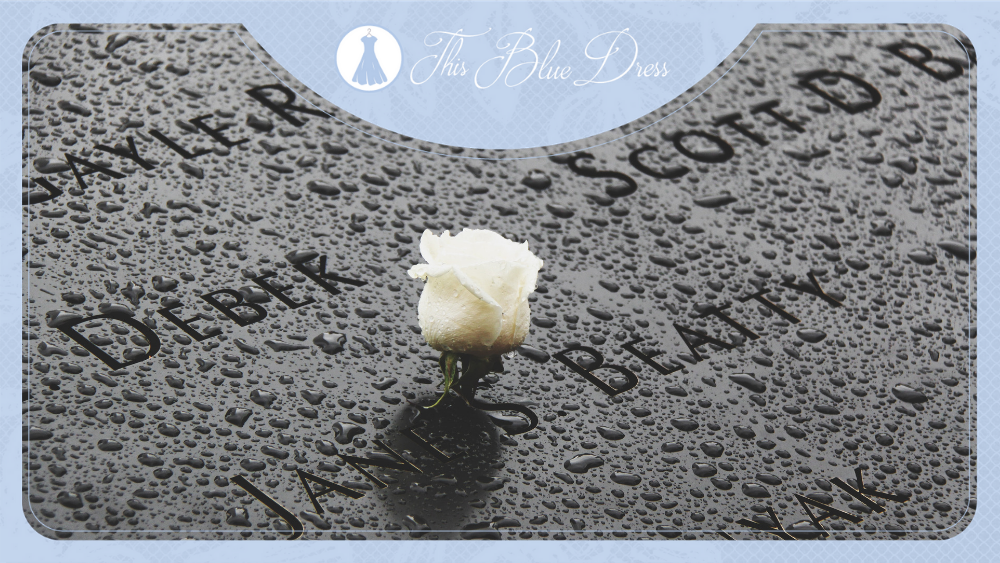 But I don’t remember the day. What I remember were the changes after 9/11. Increased security. Hatred. Families torn apart.

I was in grade school in the years right after September 11th. Even in kindergarten, I recall the teacher having a “moment of silence” for the fallen. As the years went by, when athletic events would fall on this day, we would have minutes where we would stand quietly out of respect.

I still continue this habit to this day, even if it’s 10 seconds in my bedroom. A few seconds to think about the lives that were lost on this day.

I remember the sadness, but I learned something from 9/11. One of my friends, years ago, shared a post on September 11th.

It was a list of people who worked in one of the twin towers, but for some reason or another, they didn’t make it into work that day. Their lives were spared.

One story includes a father who awoke his teenage daughter for school. He told her “please make it to the bus this morning, I have an extremely important meeting at work and I have to go early”.

The daughter missed the bus and the Father had to take her into school. He was furious the entire way, telling her how angry he was that he would be late for his meeting.

The meeting never happened. He didn’t even make it to his building because the police had the area blocked off after the explosions. The man turned his car around immediately and went to pick his daughter up from school. When he got to her, he just hugged her and cried.

Another story includes a man who wore a new pair of shoes that day. As he was walking to work, he had a blister forming on his heel so he stopped at a drugstore to get a bandaid.

Several people were sick that day and had to call into work. Others were running late for some menial reason, but all of them were in the right place at the right time.

This list circles around every year, and I love it. It stuns me every time that among so much turmoil and grief, some rejoice. Multiple families will never forget how the Lord spared them, even if at the time, they didn’t see it.

Were those people who survived, somehow more important than those who were inhumanely killed? No. I don’t know why bad things happen to good people, but I know God has a plan. And I know that it was not by coincidence that some were spared.

I know that I am right where I’m meant to be.

That is why, when I pray, and I express my gratitude for this day, I mean it. I recognize that life is precious and we are given opportunities every day to change our lives for the better. To lift others, to love others, and to realize our worth.

I am not suggesting that we do not mourn the lives that were lost those years ago. Those families are still hurting and will continue to do so until they are reunited with their loved ones.

That pain isn’t gone, and we should honor that, but don’t stop honoring them after your moment of silence. Remembering doesn’t stop after you start moving.

Live like you are in the right place at the right time. Live your life “on purpose”! Be patient when things don’t go the way you planned; I bet that dad thinks twice before scolding his daughter now for missing the bus.

Be loving to your family and to the people around you. For all those loved ones that were lost today, honor those families by loving yours. Hug them, kiss them, tell them (out loud) that you LOVE them.

9/11 was one of the greatest tragedies this country has ever seen. Nearly 3,000 people lost their lives that day. But what I am suggesting is that we channel that hurt and continue to share this message of love.

God loves us! He really, really does, and He gives us these terrible trials so that we can learn to find the rainbow at the end of the storm. That rainbow is something we can ONLY appreciate once we experience the storm.

When we share our story of where we were on that day, when we tell of the shock and the horror, remember to share the part about how we made it through it as a country. Remember to share that those first responders died saving people, putting their lives on the line.

Remember to share that you learned something from September 11th, something about Americans, and about yourself.

Remember to share the message that we are in the right place at the right time.

We use and love these!

Looking for a great Halloween activity without the horror? You've come to the right place! Inspired by the Baskin Robbins…

Looking for the perfect Valentine's Day gifts for him that he'll actually love? These are our top picks for the…

The Do's and Don'ts of Catalina Island

The Do's and Don'ts tips of Catalina Island- how to plan the best, cheapest vacation or day-trip with all the…