The Sweet Cream Bar: A Review 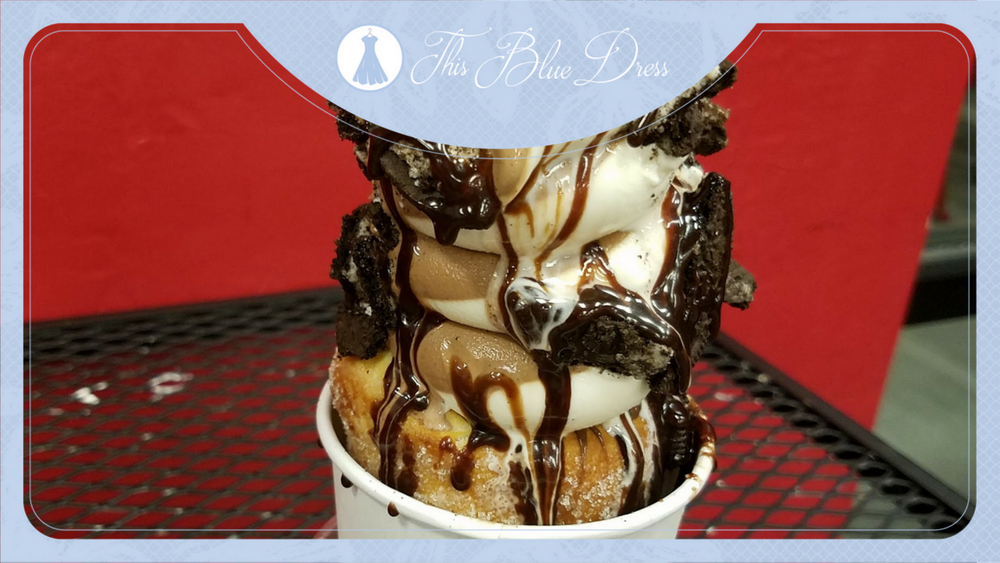 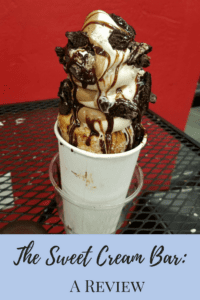 Over the last few months, I have seen pictures promoting this new ice cream bar in Provo known as The Sweet Cream Bar. The pictures have tantalized me with their delicious looking pastry cones and mounds of soft serve piling out of the top. My sisters and I have been wanting to try this place ever since it opened. 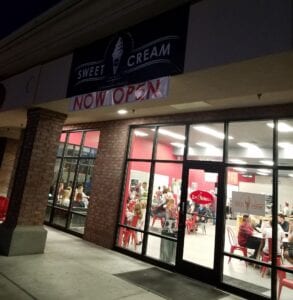 My boyfriend and I finally had the chance to head over last weekend and give the dessert bar a try. We were surprised to see that Sweet Cream shares a space with Sodalicious. Walking in, we found a mix of people chattering over their sodas and others munching on soft serve. The area was well lit and very busy, though the tables were messy and looked like they needed to be cleaned several hours prior.

We got in line and started to look through the menu and nearly gasped to find the sweet cone dessert we had been dreaming about was $8, which was almost what I’d paid for my entire dinner an hour earlier. After a quick debate, we decided to stay and split the treat since we had been wanting one for a few months. 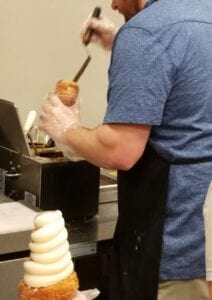 The ordering process and watching them assemble the dessert was pretty cool. You get to pick which coating you want on your cone, choose a spread for them to frost on the inside of the cone, select a soft serve ice cream flavor to fill the cone with, and choose several toppings to pull the whole thing together. In the end they hand you this delicious-looking ice cream cone in a cup. 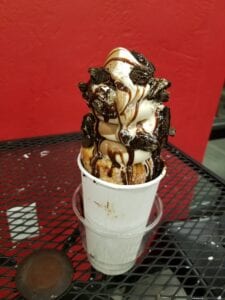 After finding a table that looked like it was messy but at least dry, we sat to dig in. That was when the disappointment started to hit us. The ice cream is advertised as gourmet soft serve. It looked good, but honestly wasn’t any better than soft serve I have had at buffets like Chuck-a-rama or even McDonald’s. It was just regular old soft serve. It tasted fine, but not great and definitely not gourmet. I would visit Yogurtland over Sweet Cream for soft serve every single time. 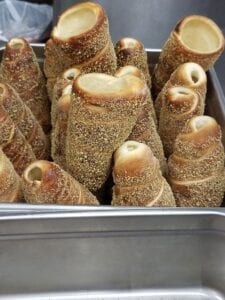 We assured ourselves that at least the cone was sure to be amazing, but soon realized we were in for further disappointment. It was difficult to eat the cone with a spoon out of the cup because it does not come apart easily. Once we did get some pieces of it, we realized the cone itself was pretty flavorless. The Nutella spread we had on the inside of the cone was overpowering instead of complimentary. The texture of the cone was also a let down, not crunchy like a waffle cone but not soft like a donut or pastry either. It was dry and the aftertaste was unappetizing. We each ate a few bites of the cone and then threw the rest away. We paid EIGHT DOLLARS for a dessert and then ended up throwing half of it away. I was extremely disappointed and left Sweet Cream very unhappy with the whole experience. I will not be going back. But-at least you can learn from our mistakes and go find dessert elsewhere!

This website uses cookies to improve your experience while you navigate through the website. Out of these, the cookies that are categorized as necessary are stored on your browser as they are essential for the working of basic functionalities of the website. We also use third-party cookies that help us analyze and understand how you use this website. These cookies will be stored in your browser only with your consent. You also have the option to opt-out of these cookies. But opting out of some of these cookies may affect your browsing experience.
Necessary Always Enabled
Necessary cookies are absolutely essential for the website to function properly. This category only includes cookies that ensures basic functionalities and security features of the website. These cookies do not store any personal information.
Non-necessary
Any cookies that may not be particularly necessary for the website to function and is used specifically to collect user personal data via analytics, ads, other embedded contents are termed as non-necessary cookies. It is mandatory to procure user consent prior to running these cookies on your website.
SAVE & ACCEPT
1 shares
Next Up

Madison and I went to dinner this week to get a break from work and school stress. We are both…

An Open Letter To My Sister

Dear Sister,  Do you know how many countless times I have been asked “Are you a Crouch girl?” Do you…

Disclaimer: Affiliate links included in this post. Thanks for supporting This Blue Dress! I have to credit my sister Maegan…