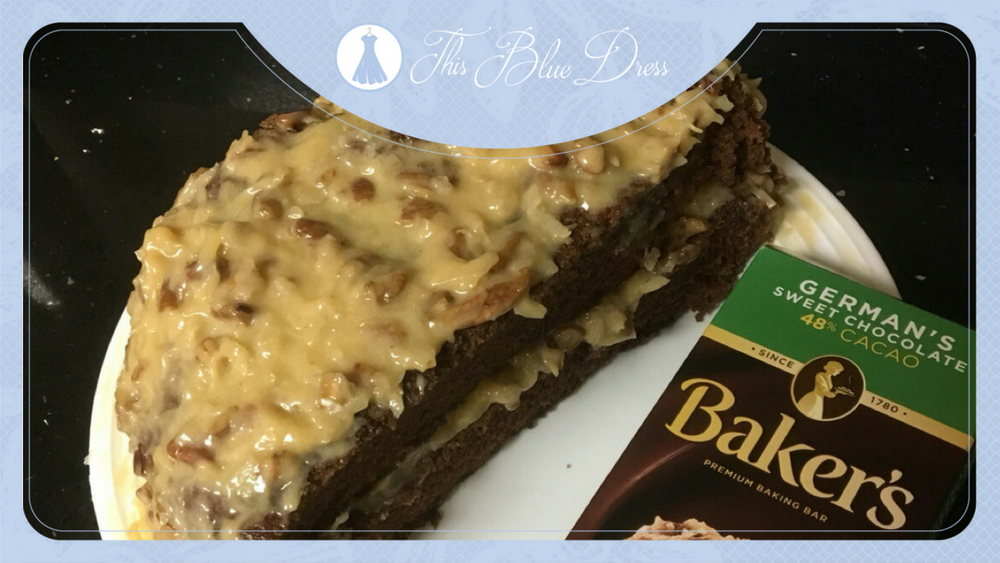 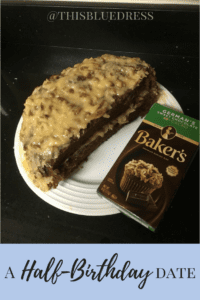 I have the best boyfriend in the world (fight me), and I am constantly looking for new ideas of what to do for him! My roommate was telling me about what she did for her friend’s half-birthday, and I laughed so hard. She organized “half” activities (such as eating half a sandwich, watching half a movie, and playing half a game), but didn’t tell him that it was his half-birthday! That way, it was more of a surprise as they went!

I thought I would file away the idea for my boyfriend’s half-birthday, but then I realized his half-birthday is in March! Woo-hoo!

Luckily, it’s apparently a “thing” because everyone I talked to had some really great ideas! I started right away because who needs to do homework?

The first thing I did was make a plan for our night. I wanted to steal my roommate’s idea to design it like a date, instead of a formal party with all of our friends. (Scroll down for “Party Ideas!”) He too had no idea why were were doing these “half” activities, and it was so funny to see his reaction as I pulled his dinner away when he was only halfway done… But I’m getting ahead of myself!

To start off the night, I was about to order pizza. I was going to call ahead and have them only cut the pizza in half.  However, right before I did, he called me and told me he had surprised ME with dinner! (Didn’t I tell you he’s the best?) So I had to change my plans!

I filled his bowl with delicious soup and gave him half a slice of bread. As I mentioned before, I waited until he was halfway through his bowl before jumping up and insisting that he was done. I think he thought I was a little crazy, but his reaction was priceless. I told him, “You can have the rest when you figure out what is happening!” He loved the challenge! 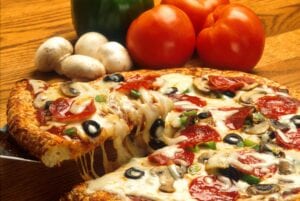 Almost any food can be cut in half, but a few easy and obvious ones are pizza, sandwiches, and fruits. What do you think would make a good half-dinner idea?

Next, I drove him to the next activity, and stopped us halfway there. I pulled to the side of the road, and started playing our favorite TV show on Netflix. And, you guessed it. When it was halfway over, I stopped it and drove the rest of the way. He said, “If you keep cutting all of our activities short, you’re gonna drive me crazy!” Haha, I had a fun time putting together a playlist full of songs that had the word “half” in them. And skipping them halfway through.

At the next activity, I expressed how much I loved him, and gave him a card that I had written for him. Of course, I cut it in half, so he only got half of the message. (I am so evil). He was so confused, poor thing, that I almost spoiled the secret! He was still having a fun time, trying to figure out what was going on.

Finally, I took him to a cheap arcade. I gave him half a bag of nickels and told him he could play any game he wanted. I was going to stop him halfway through each game, but honestly we were having too much fun! As a joke, I told him that we had to leave in HALF an hour, and he asked, “Why are you only letting me do half of everything? Is that the secret? That it’s halfway to something?” With a little more prodding, he realized what date it was! “It’s my half-birthday, isn’t it?!” We spent the rest of the evening playing arcade games, because we are serious about our skeeball. 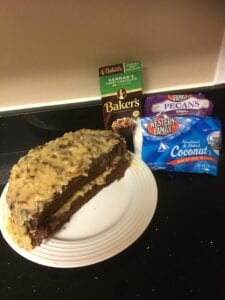 At home, I surprised him by getting his dad’s recipe for his favorite German-chocolate cake with caramel and pecan frosting. I made it from scratch and had half of it waiting for him, with the other half of his card. Overall, it was a super fun, spontaneous date night! It helped him to feel special, but it was still very easy for me and my budget. We did normal things that we would have done any other night, but the twist of stopping half-way through made it extremely funny. In the end, we finished dinner, watched the rest of the show at home, and finished our games. But, he was surprised all night and thought it was a very memorable night. 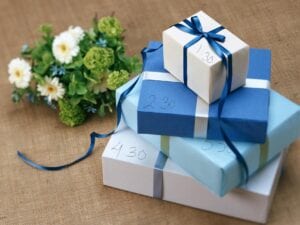 Giving gifts on the half-hour is an easy twist on a popular birthday idea!

Others like to do it more party style! It’s a big thing that moms are doing for their kids and spouses too! Here are some more ideas!

-Decorate in halves! Blow up the balloons halfway, or put streamers on only half of the room.

-Cut foods and plates in half!

-Give them a shirt for their special day! I ADORE these!

(contains affiliate links: we may make some money if you buy these at no extra cost to you!)

Here are some easy ways for your loved one to feel special, without the pressure of planning an entire event for it!

-Prepare a half-breakfast consisting of muffins cut in half, half a glass of orange juice, etc.

-If your child’s birthday is during the summer, they don’t get to bring treats to school on their birthday like the other kids. So let them do it for their half-birthday!

-If the moon is a half-moon on the night of their half-birthday, make sure to point it out! Or go for a walk to look at it together!

Check out our Family Activities category for more party ideas and special things to do with your loved ones! 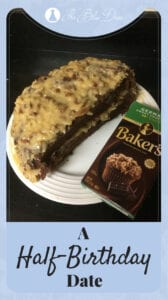 This website uses cookies to improve your experience while you navigate through the website. Out of these, the cookies that are categorized as necessary are stored on your browser as they are essential for the working of basic functionalities of the website. We also use third-party cookies that help us analyze and understand how you use this website. These cookies will be stored in your browser only with your consent. You also have the option to opt-out of these cookies. But opting out of some of these cookies may affect your browsing experience.
Necessary Always Enabled
Necessary cookies are absolutely essential for the website to function properly. This category only includes cookies that ensures basic functionalities and security features of the website. These cookies do not store any personal information.
Non-necessary
Any cookies that may not be particularly necessary for the website to function and is used specifically to collect user personal data via analytics, ads, other embedded contents are termed as non-necessary cookies. It is mandatory to procure user consent prior to running these cookies on your website.
SAVE & ACCEPT
4 shares
Next Up

Looking for a fun, affordable music experience for your children that you can do at home? Grow and Sing Studios…

4 Life Lessons from a 4-Leaf Clover

I have a secret talent. You know that game 2 Truths and a Lie? One of my truths is the…