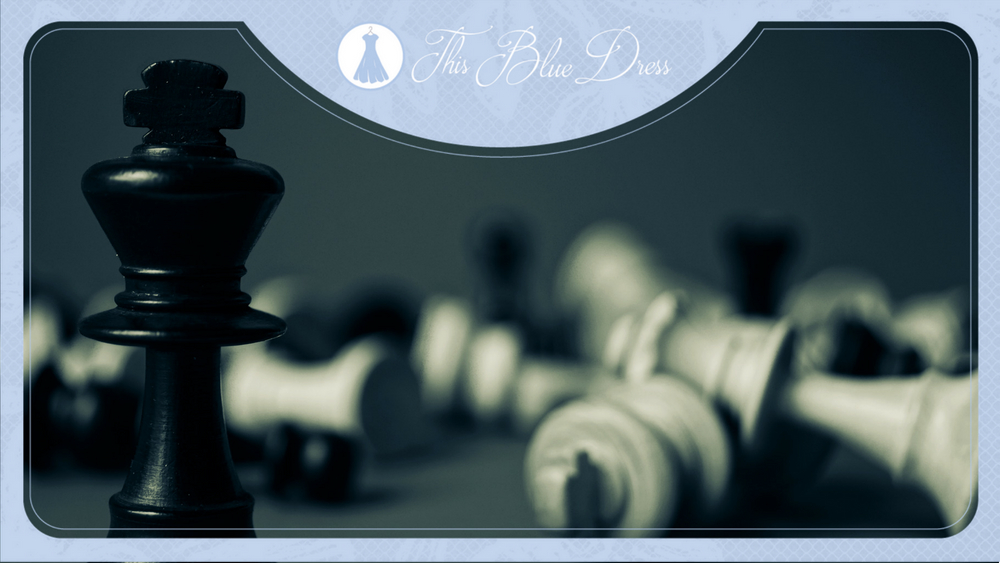 Throwing a birthday party during a move isn’t the easiest thing to do.

On the day of my husband’s birthday, we had one foot in the old house and one in the new. I was frustrated! The original birthday plans for Jake went out the window, and any hope of making his day feel special seemed to bury itself among the mass of moving boxes.

It was more difficult than anticipated, but I was able to round up some essential items and pull off a simple, intimate get-together.

Here’s what I did!

(Disclaimer: There are affiliate links in this post. I thought I would share the items I bought so you can do some cool stuff for your party, too!)

My daughter just had a Disney Princess-themed party, and she was adamant that her daddy’s party have a theme as well. Jake loves to play Chess, so I decided to decorate in black and white. (I ended up decorating in both houses, so that’s why things are set up a little differently in some of the pictures.)

Our family always displays the age number on the wall somewhere. Instead of poster board, we used balloons to create a 30. 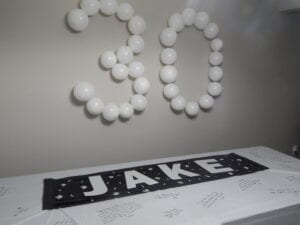 I learned this year that my husband’s love language is Words of Affirmation. (After almost six years of marriage, we still learn stuff!) So I created a way to have lots of special birthday messages on display for him. I spread a white, dollar-store tablecloth on our table and wrote down all the messages from family members directly on the tablecloth with a sharpie. It was no surprise that there was a lot of good to say about this amazing man! 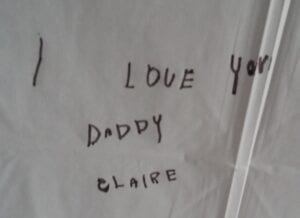 I embellished the tablecloth with Jake’s name, paper cutouts of chess pieces, and the number 30 “confetti” I made with my new Silhouette. Black crepe paper wasn’t my first choice in highlighting Jake’s name, but my black cardstock was nowhere to be found. 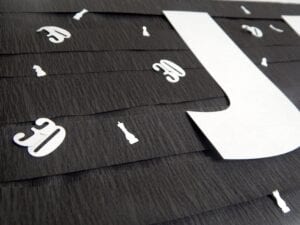 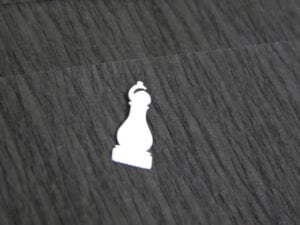 Using the same chess piece pattern I had purchased and used for the tiny confetti, I enlarged and cut more chess pieces. Again, my black cardstock was MIA, so I only cut white pieces. For the sake of time, these pieces did not become a banner. Instead, I taped them all over the large back windows in our new kitchen to add a little something there. My crepe paper game was not strong this time around, but I did use black, white, and checkerboard to hang above the chess pieces. 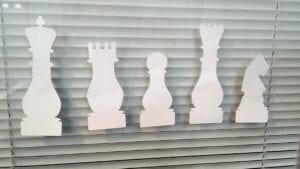 I found this really cool, rustic-looking knight at Hobby Lobby. 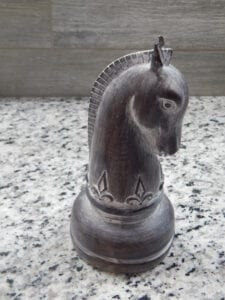 It’s part of a mini-collection that also includes a king and queen piece. 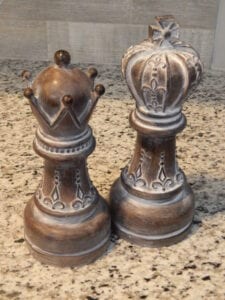 Jake liked the look of the knight so much that we went back to Hobby Lobby to get the rest of the set. They look great in his office! 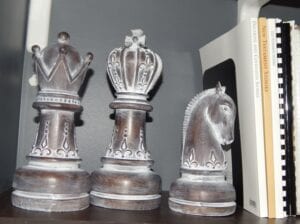 For the cake, I used a checkerboard cake pan! It was really exciting to see that it actually works. I used 2 white and 2 chocolate cake mixes to get the chess board effect (I didn’t use all of the white though). It takes three pans to create a checkerboard pattern on the inside, so just know that the cake will be a pretty darn big cake.

I spread vanilla frosting on top, and I made chocolate chess pieces out of a mold I bought on Amazon and arranged them in a circle on top of the cake, alternating white and dark chocolate. I wrote a ’30’ in the middle with black icing and stuck black and white candles in as well.

I made Oreo truffles, one of Jake’s favorite sweets. The truffles covered with a white chocolate and topped in black/grey sprinkles. 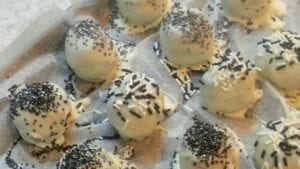 After they were ready, I placed them around the bottom of the cake. 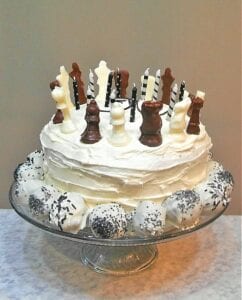 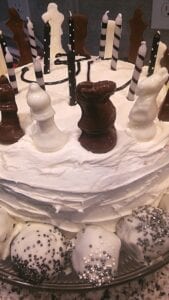 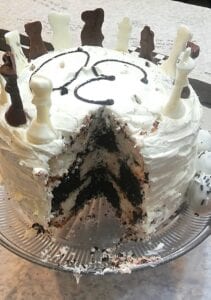 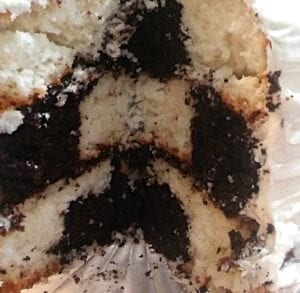 Despite all the craziness of moving, we had an enjoyable Sunday evening celebrating Jake.

What kinds of parties have you thrown for your man?

Check out our ideas for a Frozen Birthday Party, 5 awesome birthday traditions from Maegan’s family, and of course, our Party Ideas board on Pinterest!

So let me just start out by saying that Argentine empanadas are my favorite food from Argentina! They are so…

Refresh Your Fall Day 3: Qualities of a friend

Why the World Needs MORE Thoughts and Prayers

I've seen it over and over again: Thoughts and Prayers followed by some variation of policy change or cultural change. Or even…