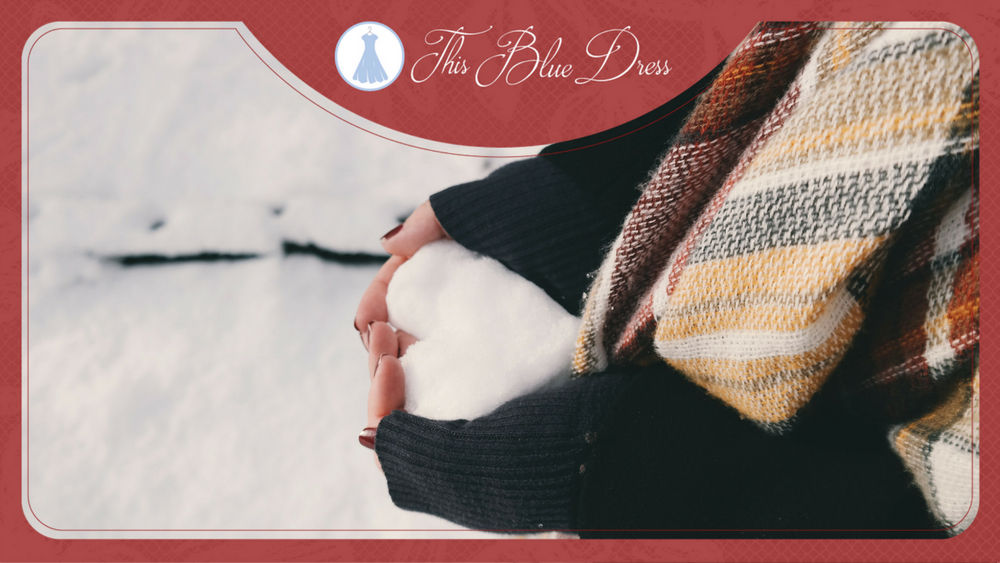 1 shares
The month of December has so many fun and wonderful things to do!  I also love that there are many opportunities to participate in meaningful traditions.

A few years ago, I heard about the tradition of “give before you receive”. That is, donate some gently used items before Christmas Day.

I thought it would be a great lesson in giving, and also help us not be hoarders. As badly.

Five became our magic number. We donate five things each for my husband and me, and five shared items between the kids (until they are older, then they’ll also donate five each). 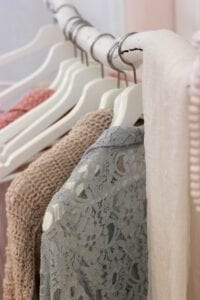 I don’t have much trouble finding stuff for me to donate. And in the past, it wasn’t too difficult to select five of my children’s toys and books to give away. (Again, helping until the kids are older and can really do it for themselves.)

But as I was organizing and cleaning in our playroom, I realized how hard the task was going to be this year.

I’ve already weeded out toys here and there in earlier months, and have mostly just kept ones that my daughters really love. So to choose from what’s left is hard.

Also, about 80% of our toys have graciously been given to us. I don’t want to offend anyone by selecting their thoughtful gift to give to someone else.

There are also some well-loved things that I wouldn’t mind giving away, but I don’t like the idea of a child receiving something worn-out for a present!

Then, there’s my nostalgic attachment to stuff. How could I give away the blocks we were playing with just a week ago, or the shape sorter that both girls played with as babies? These toys have almost four years of memories, now! Plus, won’t I want these things for when we have another baby?

Oh, and my last hurdle: the young feelings of my little girls who don’t quite understand why we are giving away the things they love. 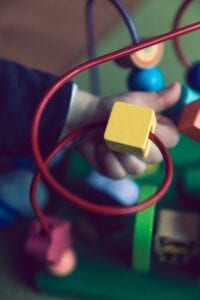 I considered abandoning the tradition for a year or two, until my daughters were older and could really choose what they wanted to give and understand the meaning behind the giving.

But, I remembered that this act of giving would only really be meaningful if it was hard.

And maybe I wasn’t giving my three year-old enough credit in how much she understands. In my effort to teach her about thinking of others, she has participated in many activities this year centered around that idea. She’s colored beautiful cards for people, baked treats to deliver, did the Teal Pumpkin Project on Halloween, put coins in the red Salvation Army bucket at Walmart, and sang songs to cheer people up. While she may have trouble fully understanding how giving away some of her things can make others happy, I think she will get the general idea. She’s been practicing all year. And maybe next year, it may be even easier for her to do.

And if I’m expecting her to selflessly give, I’ll try to let go of some of my feelings and do the same. I should think about how excited another baby will be to play with our little bead maze. How delighted a child will be to hold one of our soft, beautiful bears.

Like I said, we have been given so much, and we should definitely pay that forward.

So in the next few days before Christmas, we will gather some of our possessions and pass them on- to give as others have so generously given to us.

Don’t have any items you want to donate? What about donating money or time to 5 charities?

This website uses cookies to improve your experience while you navigate through the website. Out of these, the cookies that are categorized as necessary are stored on your browser as they are essential for the working of basic functionalities of the website. We also use third-party cookies that help us analyze and understand how you use this website. These cookies will be stored in your browser only with your consent. You also have the option to opt-out of these cookies. But opting out of some of these cookies may affect your browsing experience.
Necessary Always Enabled
Necessary cookies are absolutely essential for the website to function properly. This category only includes cookies that ensures basic functionalities and security features of the website. These cookies do not store any personal information.
Non-necessary
Any cookies that may not be particularly necessary for the website to function and is used specifically to collect user personal data via analytics, ads, other embedded contents are termed as non-necessary cookies. It is mandatory to procure user consent prior to running these cookies on your website.
SAVE & ACCEPT
1 shares
Next Up

Looking for a new doable Christmas tradition? You've found the right place! Our family loves holiday traditions. And the best…

Letters to the Lonely

Let me start by saying how grateful I am for my family. I have never been alone for Christmas, and…