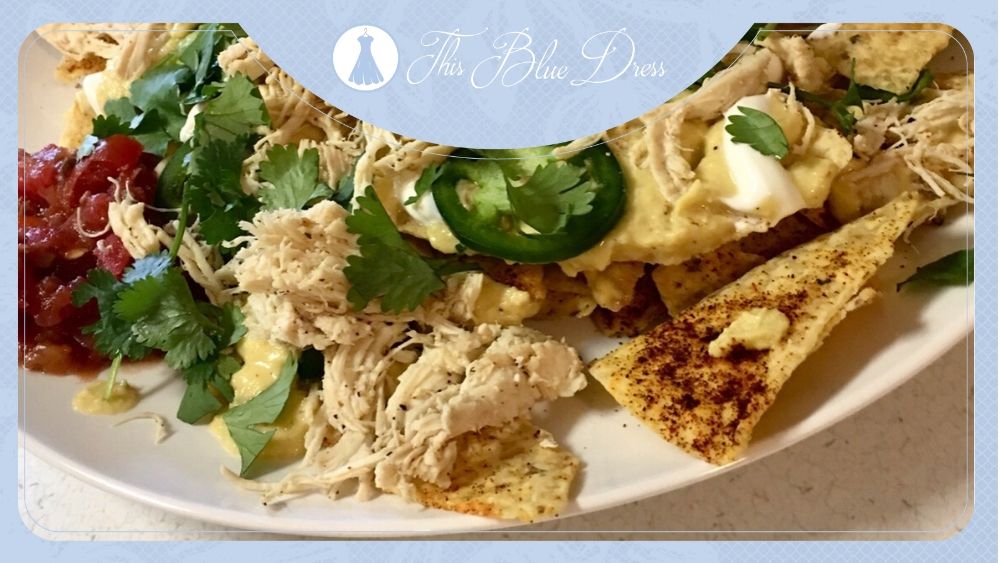 Turn your squash into nacho cheese with this easy recipe!

This recipe was one of the happiest accidents ever! Jesse and I had leftover spaghetti squash and we had eaten it about every way we could think of. Finally, I decided to experiment by blending it up and it sort of looked like…nacho cheese? So I seasoned it up, added some key ingredients and it turned out awesome. We personally served it over our favorite nacho recipe, but you could use it for so many things!

This would be an awesome appetizer, healthy alternative for low-calorie diets, and if you have picky eaters…your kids won’t know you “hid” a vegetable inside their nacho cheese! (If you’re not worried about calories, Tara’s AMAZING queso dip is an excellent nacho topping as well. )

Scroll past the recipe for my tips on making the squash nacho cheese topping!

*I found it was easier to heat everything up in a microwave-safe bowl before blending it in the food processor. When it started to get cold, I put it back in the bowl to reheat in the microwave.
*Make sure you cook the squash before you blend it! If it’s not cooked, it won’t blend very well and it will probably taste disgusting.
*I added half-and-half in order to make it creamier. You could definitely leave it out, or substitute it with milk, but I found it was a little gritty without the half-and-half. I only experimented with spaghetti squash, so feel free to leave out the half-and-half and then add until it reaches the desired consistency.
*Nearly all of the dairy ingredients can be substituted. No half-and-half? Use milk. Don’t like sour cream? Try a little cream cheese.
*If you refrigerate the cheese dip for later, add a little half-and-half or milk before heating in the microwave.
*The seasonings are so important! But feel free to change the amounts to your taste.

If you have any other questions, please comment below! Can’t wait to hear how it goes!
<3 Makayla, This Blue Dress

We use and love these!

We had so much fun making our ice cream witches and wizards that we decided to make ice cream turkeys!…

This amazing candied sweet potatoes recipe is a must-have for Thanksgiving, but you can whip these up and spread the…

These last-minute Halloween costume ideas are cute and cheap, using clothes and materials you already have at home! And if…